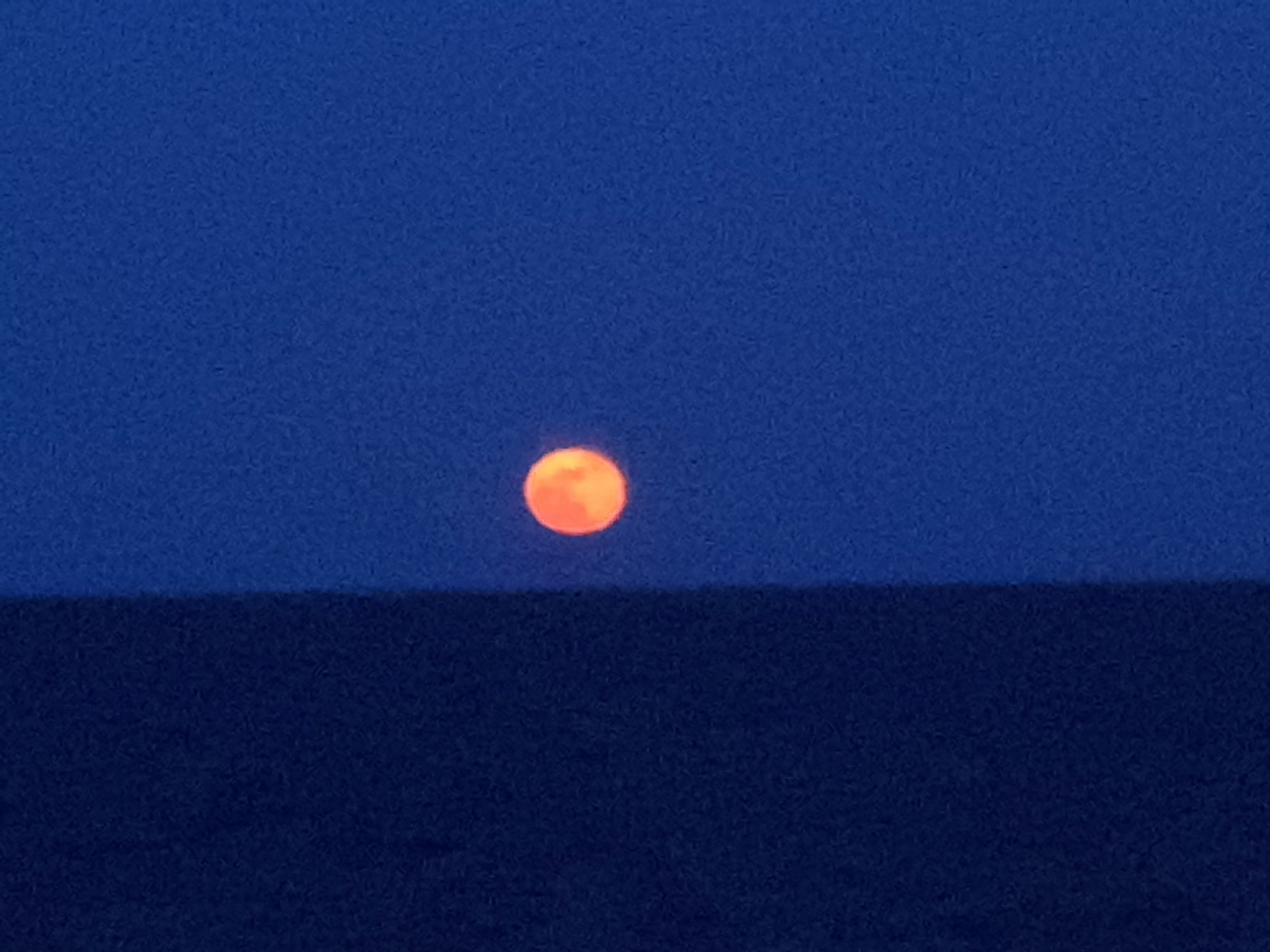 Speedy Moonrise and the Reality of Temperature..

After a long trail walk in the winter woods on a beautiful winter’s day, my tired body was restless in the dark night. With weary bones and aching muscles prohibiting sleep, I prowled the house noticing the lights out on the water, pondering the mysteries of buoy lights, some constantly red, some with intermittent bluish flashes, no doubt signaling a clear message to ships in the vicinity that I, a total landlubber, could not read.

On one side of the house there were a few dim lights in the windows of neighboring houses perhaps indicators of sleepless tiny children or night owls preferring the silence and the calm of deep night while I, undetected in the dark, walked with bare feet on cold wooden floors trying to work out the restlessness of my tired legs. Then turning back to the ocean side windows, there suddenly appeared a huge, Sumo sized segment of brilliant orange just above the horizon. Moonrise at one a.m., the vivid illumination was a startlingly unexpected body in the black sky. A sight like that, when the night has, by it self altered reality, momentarily shifts the mind but all too soon it’s rapid upward progress changes it quickly from orange to yellow making a shining path to it on the water’s surface. My restless, exhausted body saw this as a totally unexpected gift, one that could have been so easily slept through as in most other nights.

Looking out on the crisp, clear black sky and the sacred, precious moonrise in the middle of the night also carried a deep chill, my bones feeling the cold in every corner of the house. Why can 62 degrees seem so warm if experienced on an unseasonable winter’s day, a day where a light jacket substitutes for the puffy down one worn the day or two before and after, yet that same 62 degrees on a February night in the quiet dark house feels frigid, the chill nearly unbearable. Such mysteries startle an aging, exhausted human just needing sleep.

The moon climbs steadily over the water offering no warmth but it’s light draws the eye and satisfies a weary soul.

2 thoughts on “# 133 Speedy Moonrise and the Relativity of Temperature”